Kansas City is proud of its 18th & Vine District, a neighborhood that was the birthplace of Kansas City jazz, the center of commerce for the city’s African-American community from the 1920s into the 1960s and a place where racial diversity was the norm. Federal, state and local grants and loans have helped the revitalization of this area become a reality.

Also included are The Negro Leagues Baseball Museum and a Visitors Center, with an indoor theater that puts visitors on the corner of 18th & Vine in the 1930s.

The Gem Theater was constructed in 1912 as a movie house for the exclusive use of African-Americans and is now a 500-seat cultural and performing arts center for musical performances, theater productions, dance theaters and multimedia events.

The Black Archives of Mid-America has one of the Midwest’s largest displays of African-American photographs, sculptures and paintings.

What you can read next 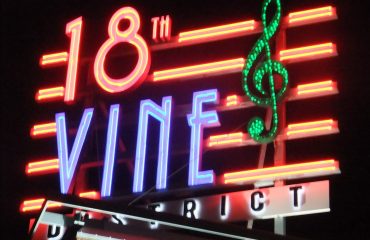 Buying or Selling a Home?

I WORK FOR YOU

I work hard to provide each client the most positive real estate experience possible.

A vital part of the industry today is web technology. With that in mind, I designed my website to be fun, informative and simple for you to use. And please feel free to contact me at any time!

GIVING BACK TO THE COMMUNITY

Leslie is a firm believer in giving back to her community and sharing her success with those that are less fortunate.

She does this by donating a portion of every one of her paychecks to Children's Miracle Network, and by supporting causes that protect and care for the needs of children.